Kevin Lee is correct that “we’ve got to meet in the middle.” One of the many reasons that I support letting communities use Ranked Choice Voting is that it would encourage all candidates to move beyond their ideological base and build a broad coalition of voters.

Ranked Choice Voting means that the greatest number of voters support the winner. This is in contrast to the more common system where the winner need only receive a plurality of the votes, which isn’t the same thing as majority rule.

Sadly, a bill banning Minnesota cities from adopting Ranked Choice Voting has been introduced in the state legislature. This attack on local control is hidden in a larger election law bill and has already passed the State Senate.

I would urge people to contact their elected officials and insist that cities be allowed to adopt Ranked Choice Voting. 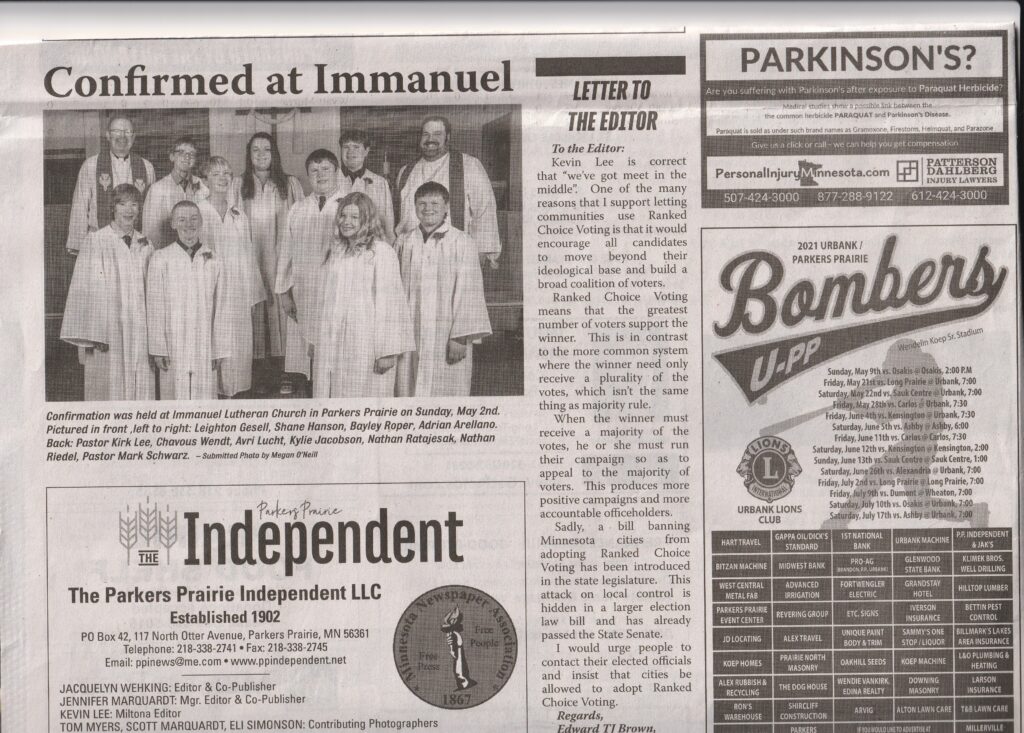