Momentum is building to adopt RCV statewide, and Minnesota has the opportunity to become the first state to adopt  RCV for statewide elections through legislative action.

Rep. Steve Elkins and Sen. Kent Eken, along with a growing number of RCV supporters in the state legislature, are working to pass statewide and local options RCV legislation.

Each of these identical bills has two components:

There is growing support and momentum in the state legislature for RCV, but resistance to reform that gives greater power to voters can be formidable. Passing statewide legislation will require everyone to get involved, make their voices heard and take action.

Take Action: Thank the RCV Bill Authors, and urge your legislators to sign on if they have not yet 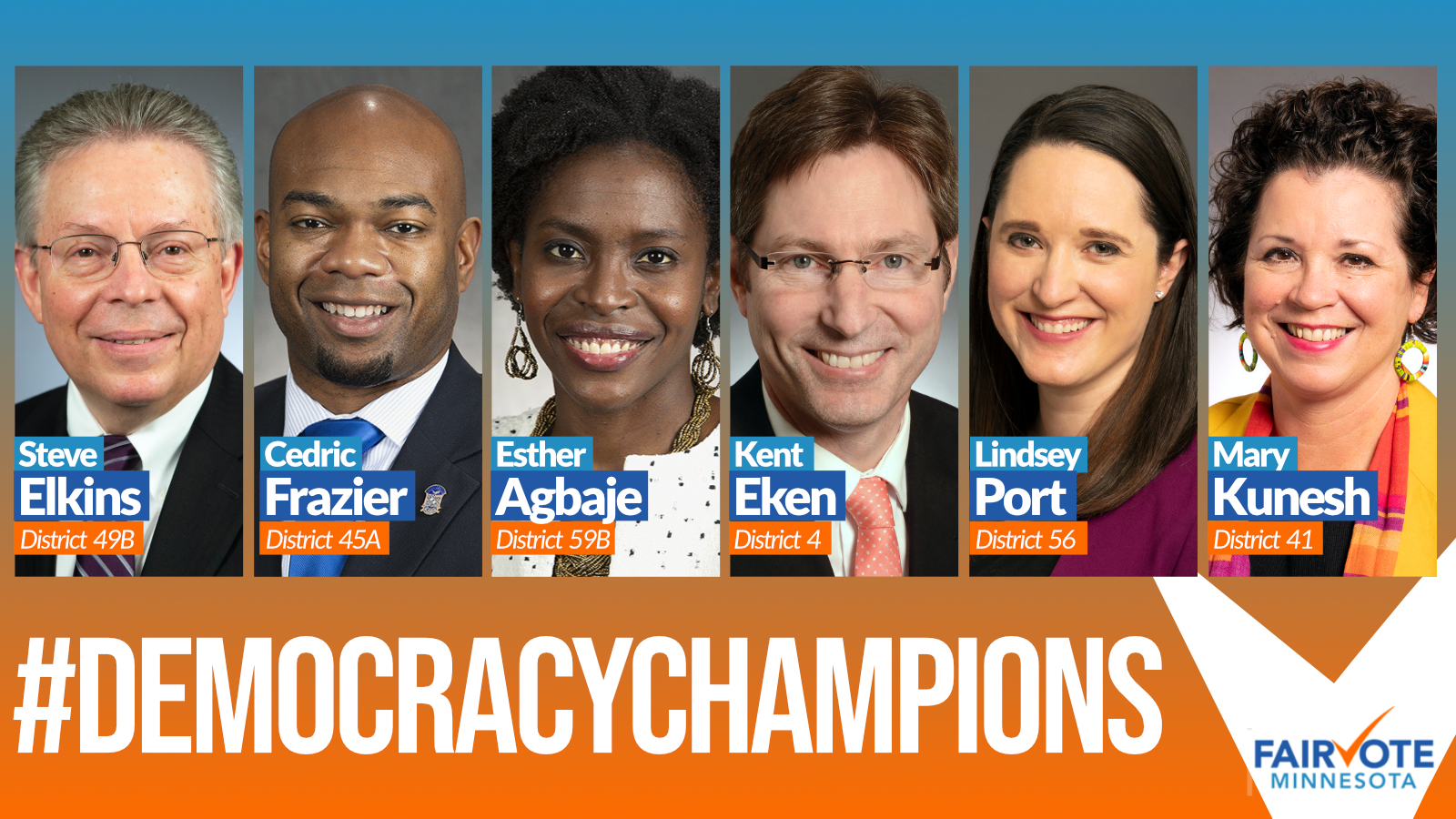