MinnPost: Rank-choice voting can serve as a bulwark against extremism

Anti-democratic forces that have been gaining steam in recent years reached a boiling point in the 2020 election cycle, culminating in a full-blown crisis on Jan. 6. And while we have faced numerous challenges over the past year, this one is like none other because it is aimed squarely at democracy itself. The attack on the very symbol of American democracy, which was aimed at stopping the certification of the election, makes abundantly clear the urgent need to safeguard and strengthen our democratic institutions.

The good news in this dark time is that we have a reform, ranked-choice voting, that is a proven, powerful antidote to political extremism, and it has been introduced in the Minnesota Legislature this session.

Rep. Steve Elkins, DFL-Bloomington, and Sen. Kent Eken, DFL-Twin Valley, have introduced legislation (HF 89/SF 218) that would implement ranked-choice voting (RCV) in primary and general elections for state and federal offices, and would allow local jurisdictions to adopt RCV if they choose. With the bills receiving maximum sponsorship (35 in the House and five in the Senate), clone bills have been introduced by Rep. Cedrick Frazier, DFL-New Hope, and Sens. Lindsey Port, DFL-Burnsville, and Mary Kunesh, DFL-New Brighton (HF 1375, SF 1651, SF 2159). HF 89 had its first hearing in the Minnesota House on March 17 in the Local Government Division.

How is our current system failing us?

The way we vote — our winner-take-all plurality elections — not only allows, but encourages candidates to run and win with their most fervent base of voters and without securing broad majority support. Elected leaders too often take office solely representing their base and ignoring the demands of most Americans. Hyperpartisanship and gridlock are the result.

The current system also makes spoilers out of minor party candidates so voters are essentially limited to two choices at the polls. This lack of meaningful competition means that candidates are not incentivized to appeal to voters beyond their base.

Extremists are present in other democratic countries but they are unlikely to wield the kind of political power they do in the U.S. under systems, like RCV, that promote majority rule and multiple parties. RCV, in conjunction with other electoral reforms, can serve as a bulwark against extremism. There is a growing consensus among political scientists that RCV is one of the top reforms we must enact to strengthen our democracy. This simple but powerful reform fosters political competition and requires winning candidates to build majority coalitions. Not only does the outcome more accurately reflect the will of the voters, more broadly accountable candidates make for more responsive officeholders.

RCV is used in Minneapolis, St. Paul, St. Louis Park and, beginning this year, in Bloomington and Minnetonka — as it is in several cities across the country and statewide in Maine and Alaska.

Since candidates must earn both first and second choice votes, RCV diminishes negative, ad hominem attacks. It also allows voters to fully express their views and eliminates the spoiler problem with independent parties. Addressing this problem is critical to giving new voices a genuine opportunity to compete for votes and preventing the shenanigans we saw in 2020 when one major party ran candidates on the marijuana party ticket to peel votes away from candidates in the other major party. Both parties can play this game, and gamesmanship should not be deciding outcomes in a democracy.

Finally, and perhaps most importantly, RCV opens up our system to new and diverse voices and leads to better electoral outcomes that more accurately reflect our pluralistic and multiracial democracy.

Democracy reform is our nation’s highest priority, and you can help push it forward in our state. Please contact your legislators and urge them to support ranked-choice voting (HF 89/SF 218).

Jeanne Massey is the executive director of FairVote Minnesota. 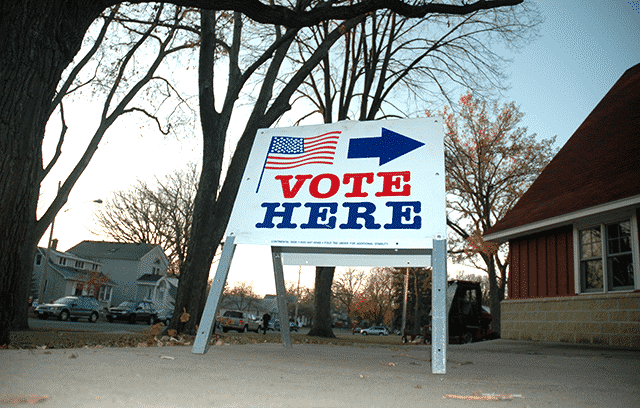