“RCV encourages coalition building and positive, issue-based campaigning,” said Senator Port. “It opens the door to grassroots candidates who can build strong community support but may not have as much money as traditional candidates which will help our elected officials to more closely reflect the demographics of our state.”

“Ranked Choice Voting reduces the partisan divide that has plagued our nation for decades,” said Senator Kunesh. “It gives voters more power and choice in our electoral process. This simple and practical concept is the most cost-effective way to ensure that those who win elections are actually supported by the people. Ranked Choice Voting makes voting more aligned with the natural way we chose candidates and makes politics more sensical overall. This is a bipartisan solution that is possible.”

St. Paul, Minneapolis, St. Louis Park, Minnetonka, and Bloomington have already enacted Ranked Choice Voting for their local elections. Senate Republicans have introduced legislation to eliminate Ranked Choice Voting in these communities and preempt other cities from doing so as well. Senate DFLers oppose this harmful policy and are committed to expanding Ranked Choice Voting as an option in Minnesota. 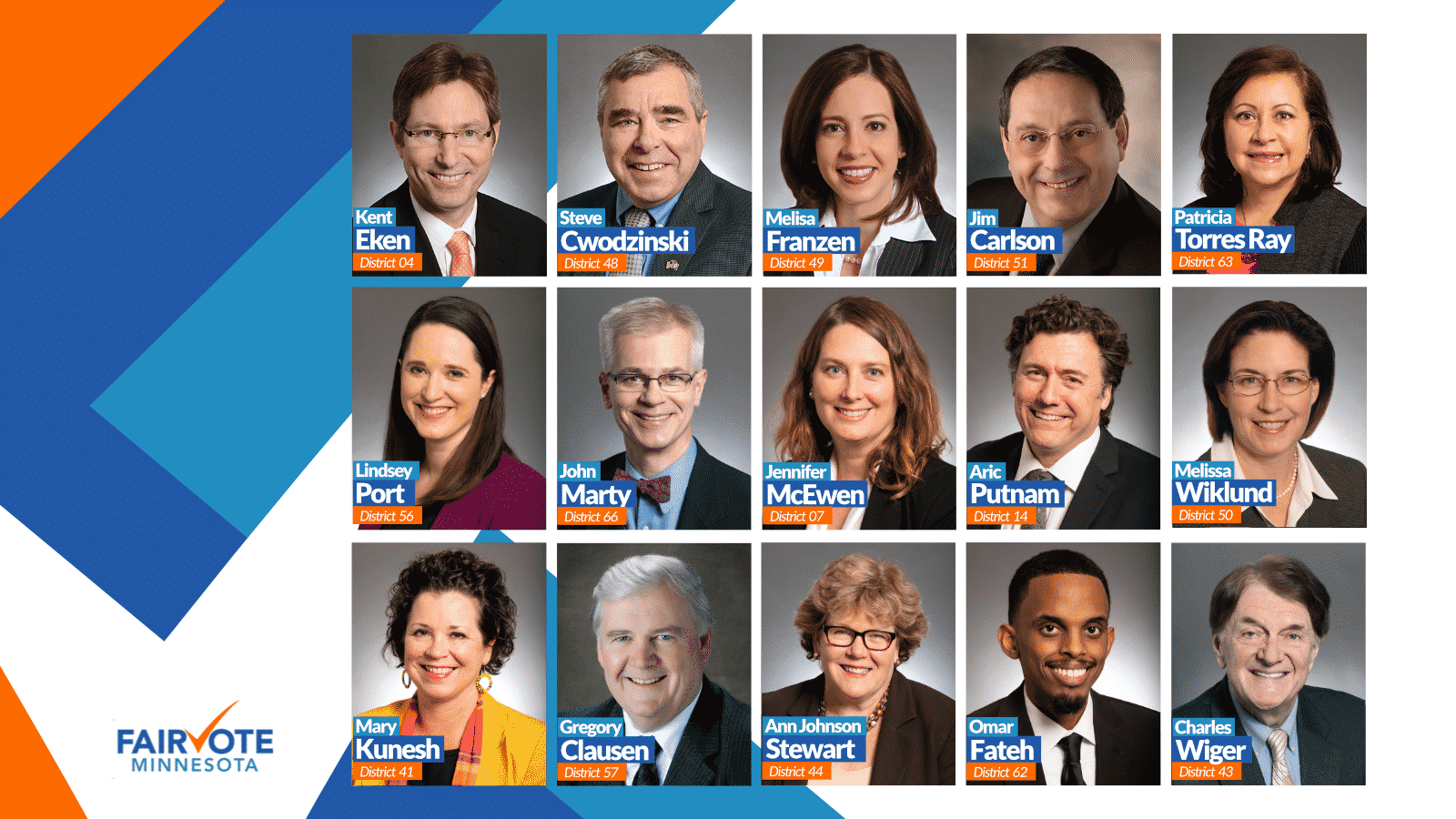 Contact: Jeanne Massey, FairVote Minnesota Executive Director, jeanne.massey@fairvotemn.org, 612-850-6897 St. Paul (January 28, 2021) -- We are at a perilous time in our democracy, and there are growing calls to fortify it against growing threats. FairVote Minnesota...