Black Leaders at the Forefront of Democracy Reform

Black Leaders at the Forefront of Democracy Reform was a compelling discussion about reforming our political system to yield a more just, inclusive, and representative democracy. The conversation was led by University of Minnesota Professor Michael Minta and featured an all-star panel: attorney and human rights activist Zaylore Stout, Community Change Organizer Mike Griffin, and some of the leading reform advocates at the state legislature, including Representatives Cedrick Frazier and Esther Agbaje. While Representatives Hodan Hassan, Athena Hollins, Mohamud Noor, and John Thompson could not attend due to session conflicts, we greatly appreciate their leadership on Ranked Choice Voting legislation and other critical democracy reforms at the legislature.

The core takeaway was that our communities, our state, and our country must continue to take steps to break down historic and structural barriers to political participation by Black Minnesotans and people of color – both as voters and as candidates – and Ranked Choice Voting can go a long way in doing just that.

Professor Michael Minta set the table for the conversation in his introduction by saying that “Advocates have long been aware that before you can address any of these policy issues you have to address the barriers in the political system that can lead to change.”

Echoing that sentiment, Mike Griffin, organizer with Community Change, identified Ranked Choice Voting as a way to break down those barriers, declaring “There could not be a bigger issue or policy that can change the lives of Black folks in this country than passing  Ranked Choice Voting. Why? Because it gives more choice and power to people who are voting and it opens up issues that need to be tackled.”

Griffin reflected on the way the current system discourages candidates from reaching out to a broad spectrum of voters and from addressing a broad array of issues: “Because folks are not campaigning to get to a true majority, they are not legislating as a true representative of our democracy.”  It was that dynamic, Griffin said, that prevented progress on so many of the issues that make a difference in daily life for Black people — from housing to public safety to rising tuition costs, and more. He also shared an anecdote about how he skipped the doors of known Hilary Clinton supporters when he campaigned for Barack Obama in the primary because the current plurality system does not incentivize candidates to connect with all voters. Ranked Choice Voting would change those incentives both for candidates in how they campaign and for elected officials in how they govern.

Although the Minnesota House was unexpectedly called into session, Representative Cedrick Frazier and Esther Agbaje were able to join the event between time on the House floor and give their perspective on why they support RCV and view it as a key reform in making our democracy more inclusive and responsive to Black Minnesotans and people of color.

Representative Frazier, chief author of RCV bill HF 1375 (a clone of RCV bill HF 89), focused on the power of RCV to allow Black voters to express their preferences: “The most important things we have are our voices. . . . We still have many communities that are fighting to make their voices heard.” Like Griffin, he likes how RCV fundamentally changes the incentives for candidates; it encourages elected leaders to connect with and govern on behalf of all constituents, not just a small, partisan base.

Representative Agbaje talked about her experience using RCV in the Minnesota DFL endorsement process and how it allowed more nuanced, substantive conversations between candidates about the issues. She remarked that under the current system, “Some candidates skate by just giving lip service, saying ‘I support what Black and brown people are saying’ but they don’t actually do anything about it.”  In contrast, in a Ranked Choice campaign, she noted, “it’s much more interesting because you are able to hear from more candidates how they would approach issues as fraught as public safety or as fraught as education.”

Attorney and human rights activist Zaylore Stout pointed out that in contrast to other demographic groups, “Black voters, sadly, need to be very pragmatic in regards to our votes. . . . We’re voting for the sure bet, as opposed to the person that we really care for.” Stout stated that he would love to see a future in which Black voters could express support for the candidate they like best, without fear of facilitating the election of a candidate that would hurt their interests; RCV would make that possible.

He concluded by reminding the audience that the definition of an American citizen and who has the franchise has evolved over our country’s history: “We have all heard the term ‘We the People;’ it’s in our founding documents. ‘We the People’ did not always include all of us.” Our democractic institutions have evolved, and we must continue to evolve, he said, if we are to live up to the promise of “We the People” in our Constitution.

We were honored to be able to host this critical conversation about how democracy reforms like  Ranked Choice Voting can break down structural inequities and help create a more racially just and responsive democracy for all Minnesotans. And we look forward to more to come in the future.

If you would like to contribute to FairVote Minnesota’s  work for election reform, donate here: fairvotemn.org/contribute. 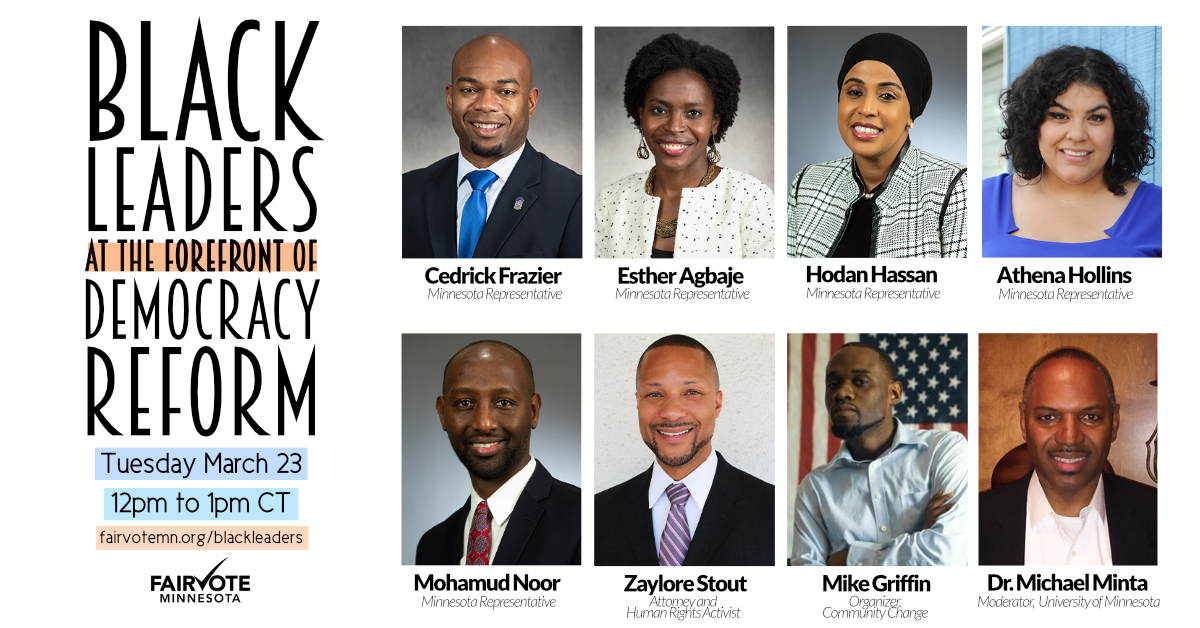 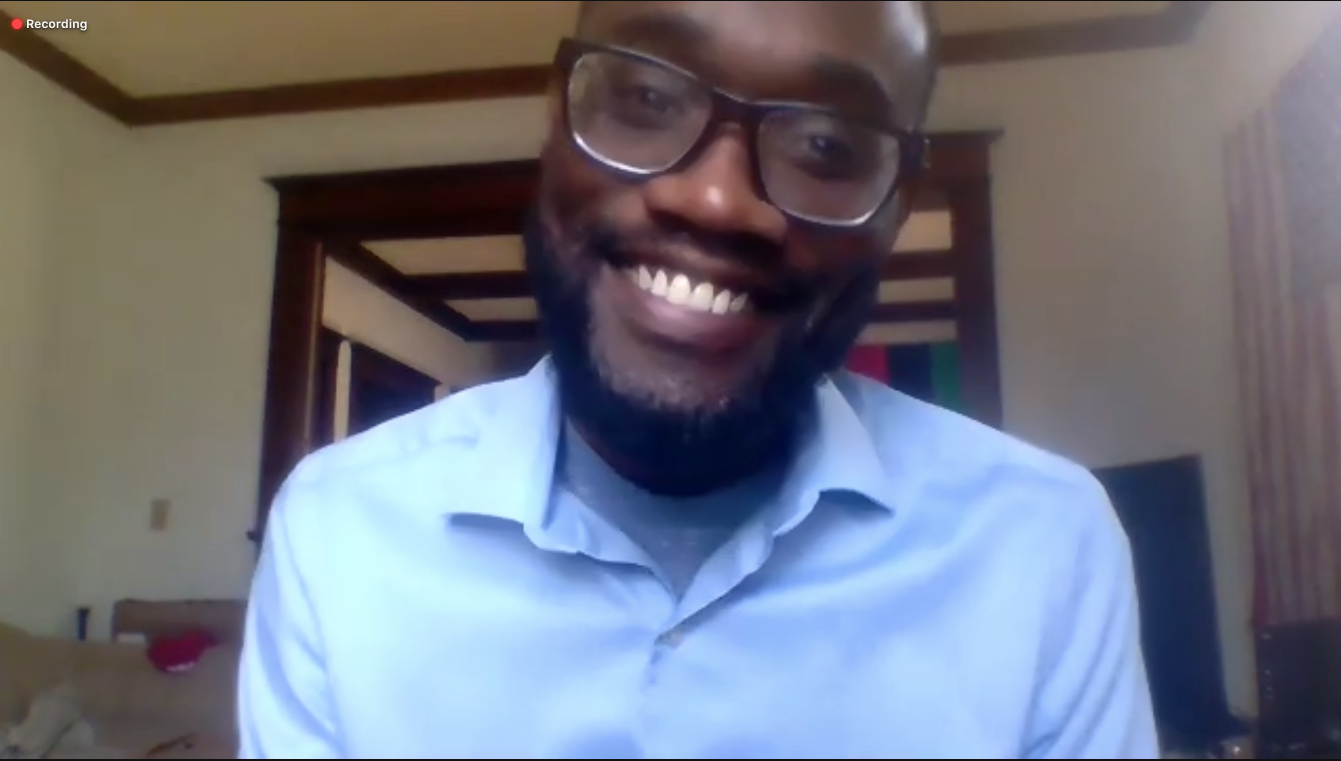 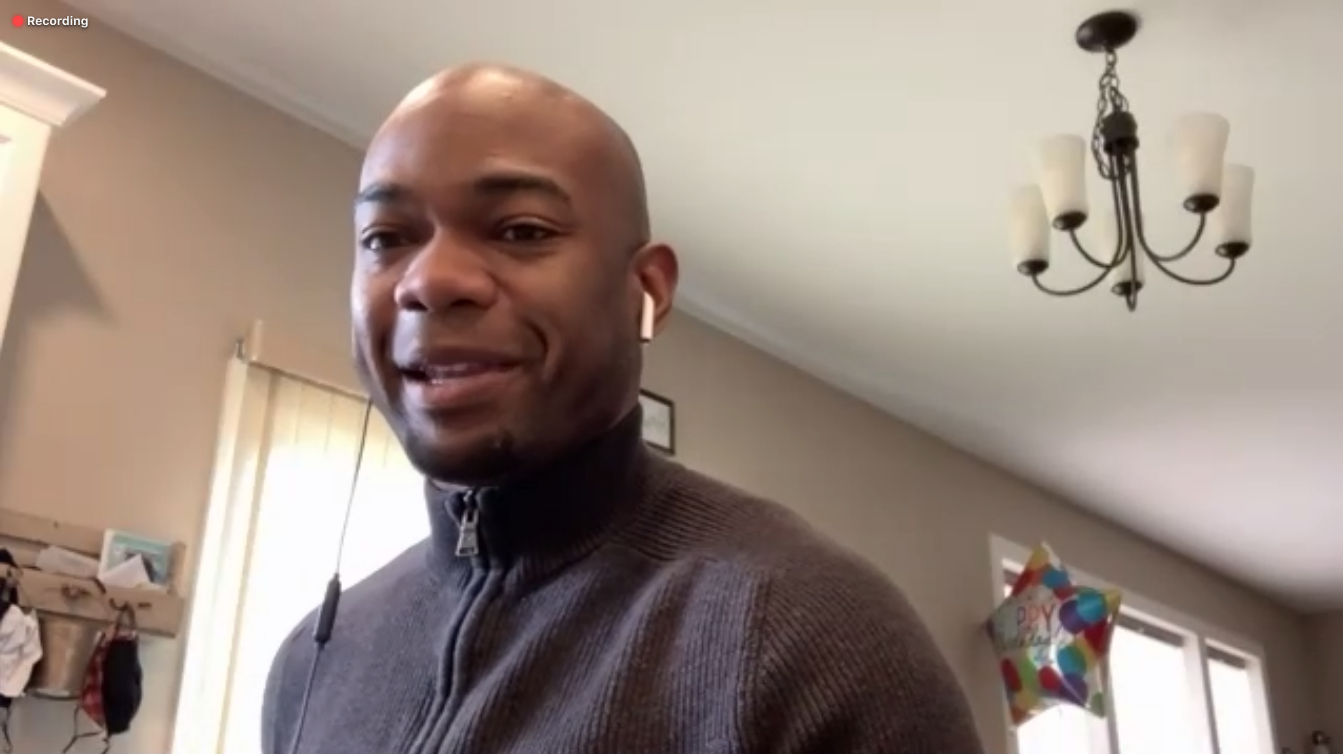 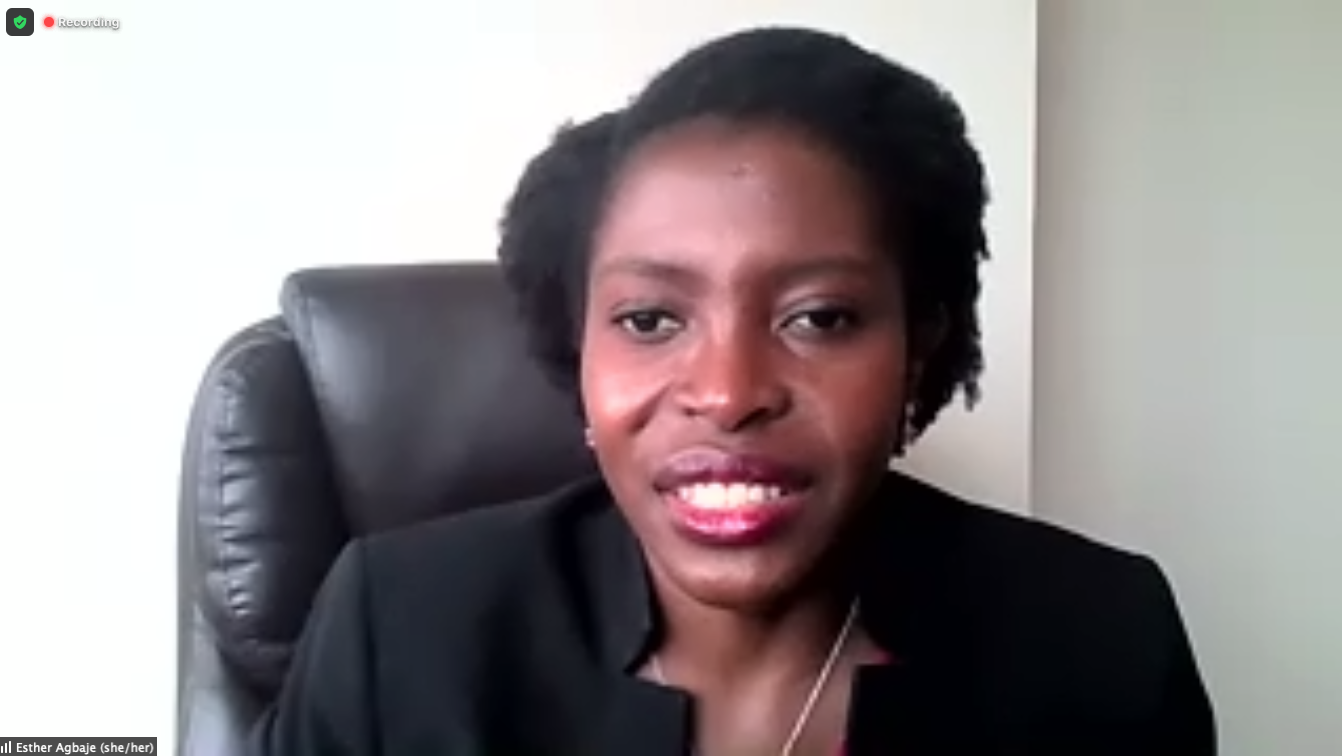 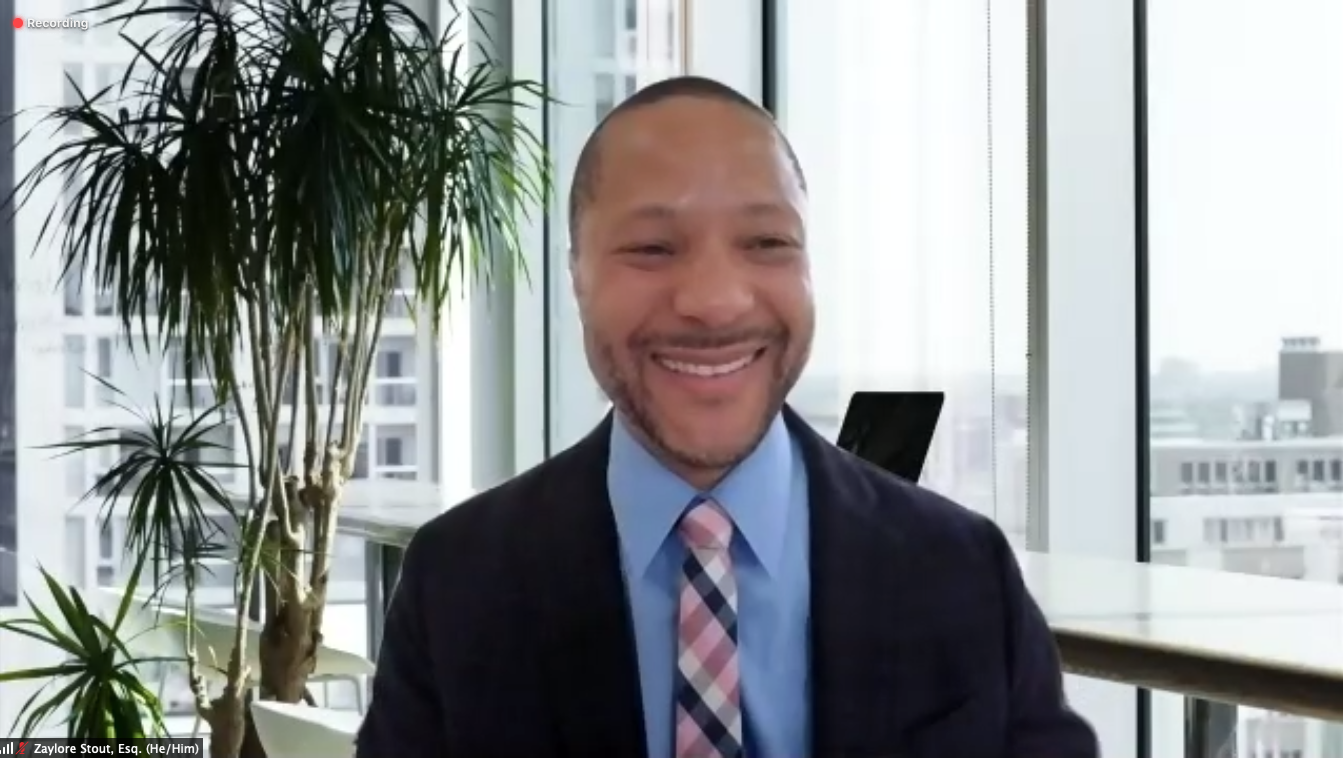 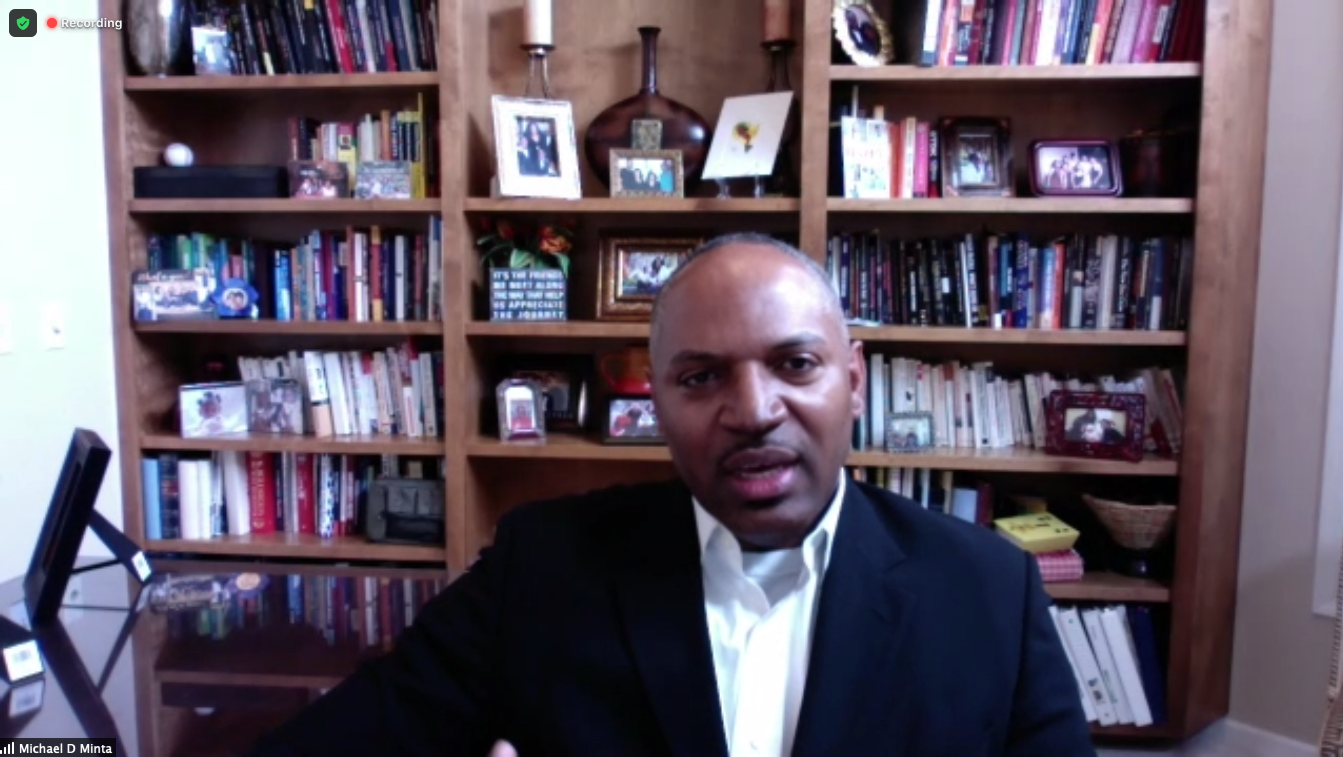